Doctor Who: We Go Into The Dalek

When The Doctor tells Clara that they are going to travel “into darkness,” what is the first thing on your mind? Is it a blackhole? An abyssal planet? A pocket dimension of death or pure nothingness? And what does this have to do with Daleks?

Well, in the case of the second episode of Doctor Who season eight we have the answer in the title. 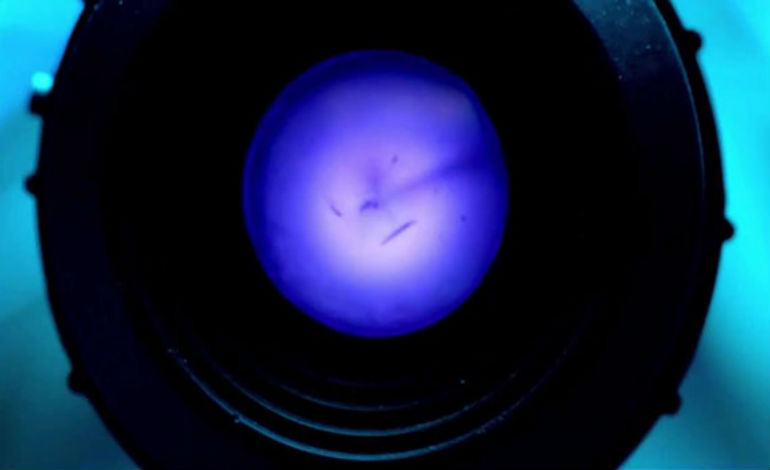 But what does that mean? In my recap of “Deep Breath” I talked about Doctor Who becoming less a fairytale now and more of a folktale: a cautionary tale or a horror story. Now, since 2005 we have seen hints of what is “inside” of a Dalek: the ultimate bogeyman of the Whoniverse. We know they are genetically engineered beings of pure hatred that were once humanoid, either Kaled or even in some instances human. They are bred to destroy anyone that is not them and even those among them that aren’t “pure.” Moreover, they are placed into advanced cybernetic carapaces — essentially miniature tanks — that allow them to obliterate anything at will. They rarely feel touch or light. They are just plain self-hatred and living bile made to kill everyone and everything else in all existence.

It’s pretty much a misnomer to call any Dalek a “good Dalek.” By the time The Doctor finds himself captured at a secret base studying a damaged Dalek that claims to desire the destruction of its own species most fans aren’t really taken by the novelty. I mean, you had the episode of “Dalek” with the “last Dalek” becoming “infected” by Rose Tyler’s DNA and therefore developing more complex feelings: actually making you feel sorry for it. Then there is Dalek Caan who, after viewing all of time and space, goes insane (or sane) and plots the destruction of his own species.

So it is not new to see a Dalek that hates its own kind. Most of them do so anyway. And honestly, when it explains to The Doctor and the team attempting to repair it, about how it saw the birth of a star and understood the concept of beauty, I was thinking Dalek freaking Caan and all of time.

Even The Doctor’s revelations about his (hopefully) evolving new self hearken back to “Dalek” where he is told that he would make “a very good Dalek” though in this case the Dalek in question tells him that while it is a “bad Dalek” he is “a good Dalek.”

That said, I can appreciate what they attempted to do with this episode. The technology to shrink The Doctor, Clara and their team into the Dalek’s very body, its cybernetic nervous system, is a throwback to some vintage and often B-rated science fiction film. However, I still think a lot more detail could have been put into the function of the Dalek’s immune system: elaborating on the ghastliness of its construction in a more visceral way and the horror of it. It’s actually very similar to some of my issues with the “Asylum of The Daleks” episode where, again, I definitely thought that Moffat could have expanded on the horror of, well again, insane and broken Daleks. It is fascinating to see The Doctor investigating a Dalek from the inside considering his long history with their species and, of course, the inevitable issue that by doing so he is also exploring himself. And, oh boy, does The Doctor deliver for us.

His other incarnations had their moments of sheer terrifying presence: from Nine to even Eleven. But there is something cold about Peter Capaldi’s Doctor: particularly in the way that he clinically and detachedly informs a female soldier of the death of her brother, and writes off a member of their party as dead and even expendable. Not even The War Doctor himself, a battle-hardened ancient forged in the awfulness of the Time War was this seemingly callous. We remember, again, why The Doctor needs to have his Companions when Clara does something that I totally thought she would do in the first episode and pretty much slapped The Doctor hard across the face. This, of course, serves to get him to help deal with the Dalek, but I will say that if the happy conclusion of this story is the creation of a Dalek serial killer of its own kind — inspired by “the beauty of The Doctor’s hatred” — it speaks volumes about him at this point.

There are two other things of note. The Daleks in this episode do not seem to know who The Doctor is: or at least not this Dalek. I thought that by “The Time of The Doctor” they would have disseminated that intelligence back into their collective conscious across space and time. But one element I found very fascinating was The Doctor’s very heavy-handed and vocal dislike for soldiers. Perhaps this can be explained by his memories of what he did during the Time War, but perhaps seeing the female soldier Journey Blue reminded him of his Eighth incarnation and the encounter he had with the pilot Cass during “The Night of the Doctor.” There were definitely some nice resonances there: not to mention some potential foreshadowing with Clara’s new attraction to the former soldier and current school teacher Danny Pink.

It seems like “Into The Dalek” might as well have been called “Into The Dark” and it does make you wonder where The Doctor’s sheer near-ruthless drive to “correct his mistakes,” as a comparison and contrast to that of his arch-enemies, will actually take him.